7 Things You Need to Know About OXDX

OXDX is returning to Native Fashion in the City for NFITC 2017! Here are 7 things you need to know about OXDX and designer Jared Yazzie.

OXDX is returning to Native Fashion in the City for the 4th time in a row! Here are 7 things you need to know about OXDX and designer Jared Yazzie:

1. The name ‘OXDX’ was inspired by a hip hop song.

The name “OXDX” was inspired by a song on Lupe Fiasco’s album ‘The Cool’. “‘Baba Says Cool for Thought’ and the song is basically an intro into the album and it’s a spoken word poem about discrimination, violence and historical acts from misguided people that thought at the time, it was cool,” explained Jared. “In the end, the poet recites ‘…freeze. Because the problem is we think it’s cool too. Check your ingredients, before you overdose on the cool.'” Those lyrics stuck with Jared and soon inspired him to become successful and make his people proud. He first tagged his designs with ‘Overdose’ which led to his current clothing line name ‘OXDX’.

2. Jared Yazzie discovered his knack for art and design at a very young age.

Jared Yazzie, a full-blood Navajo from Holbrook, Arizona, realized he had a knack for art and design at a young age. Jared typically received hand-me-down clothes from his two older brothers. He soon developed his own style and layered his hand-me-downs with other clothing and matched unique color combinations together. Jared also designed and printed his own personalized tribal shirts. “There is a lot you can accomplish with a DIY state of mind.”

3. Jared was the go-to guy for t-shirt designs in middle school and high school.

Jared started to design t-shirts for others when he participated in clubs like A.I.S.E.S. and Student Council in middle school and high school. “Every year these clubs always wanted t-shirts made and I was the guy with sketchbooks full of ideas and designs to make them happen.”

4. Jared always returned to his roots when he was in college.

Jared admitted to us that while living in Tucson, AZ, he realized how others around him were losing themselves in the city, especially other Native American students. “I frequented trips to the reservation so I can still have that close tie to home. I was always taught to never forget my Native culture and to be proud of my people and where I come from”

Jared is influenced by street style, graphics, and story-telling. Jared’s creations depict Native American struggles, street art, and music. He makes sure that the majority of his designs tell stories that tie into his culture and traditions and issues that Natives face today. Jared sets his clothing line apart by designing with strong ideas, bold colors, and graphics that pop with style and stories.

One of his t-shirt designs that’s the most popular in the southwest is ‘Water is Life’, a design that reflects a major issue that the Navajo Nation faces today. “This was an important piece I felt had to be made to shed light on this current issue that others are unaware of. We should always be educated on issues that affect our home and our people. With OXDX, I try my best to promote education and truth”.

7. Jared’s first fashion show was the first Native Fashion in the City.

Jared once admitted that the first fashion show he had ever been a part of was the first Native Fashion in the City event back in 2014.

Meet Princess Sapphire, a Diné model, actor, student, community leader and pageant princess who will be making her way to Denver to walk...
Read more

Model Daphne Coriz's slightly edgy yet glam personal style is an example of the effortless beauty she relays into her photos. Being...
Read more

Setting Up Your Fashion Business for Success Workshop

We are very excited to announce the launch of our workshop, Setting Up Your Fashion Business for Success Workshop!
Read more

We are very excited to announce the launch of our workshop, Modeling 101: Basics of Modeling Workshop!  Our new...
Read more

Launching Your Own Online Store Workshop

We are very excited to announce the launch of our workshop, Launching your own Online Store Workshop!  Our new...
Read more 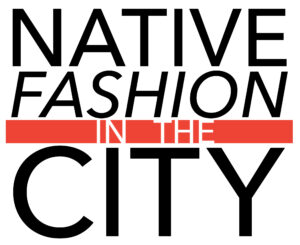 NFITC is a platform that offers developmental and educational programs, hosts fashion events, seminars and workshops, all of which aim to support the next generation of Indigenous fashion talents.

Setting Up Your Fashion Business for Success Workshop

We are very excited to announce the launch of our workshop, Setting Up Your Fashion Business for Success Workshop!
Read more
Workshops

We are very excited to announce the launch of our workshop, Modeling 101: Basics of Modeling Workshop!  Our new...
Read more